Private Institute in UP to Get Autonomous Status by UGC 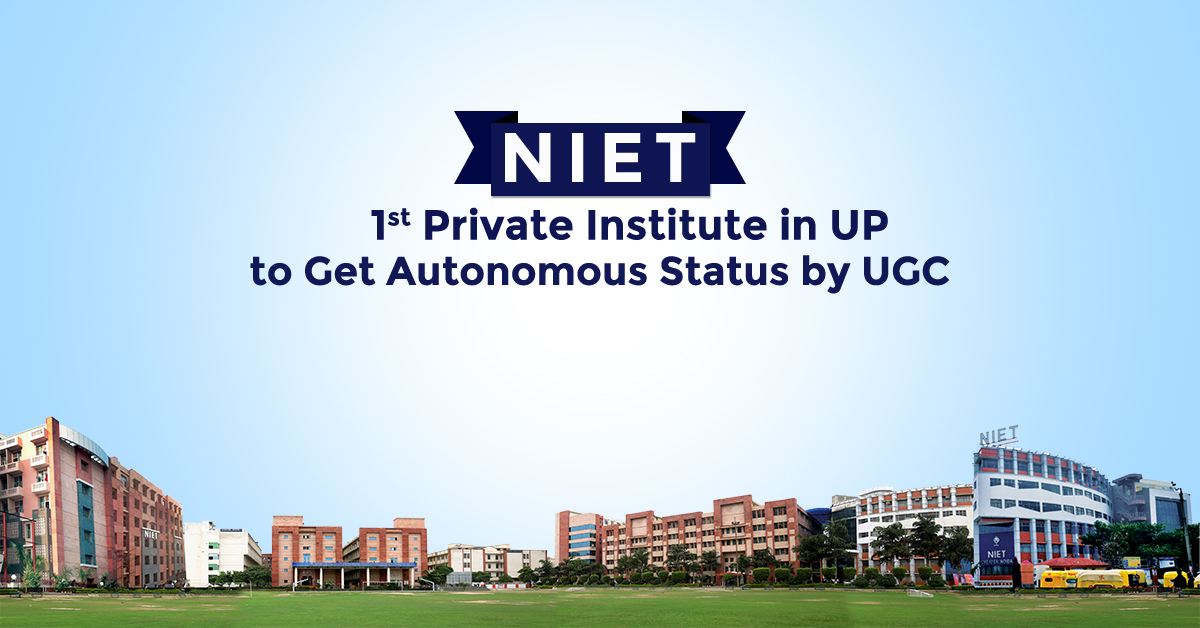 Before persuading yourself for higher education, knowing the status and accreditation of the college or institute is one of the primary concerns that should be addressed.

In a country like India, institutes are majorly divided into various classifications, based on the kind of education and courses offered. Hence, it becomes necessary to know the type of institute, affiliation, accreditation, and degrees conferred by the education institutes. Besides, parameters like institute recognition bodies should also be taken care of. Whether recognized by the University Grants Commission (UGC) or other recognized professional councils as per the rules of the Government.

What is Autonomous College?

As per the recent rules and standards of the National Assessment and Accreditation Council (NAAC), any college having in India obtaining a score of 3.51 or any score ranging between 4 is considered as an Autonomous college.

However, colleges that are accredited in three or more programmes which are having a score of 750 or above in every programme suitably and certified by the National Board of Accreditation (NBA) automatically declare an institute with an autonomous status by UGC. The autonomy status is generally granted by UGC after the recommendation of a NITI Aayog Committee (a public policy decision-maker of the Government of India).

Benefits of Autonomous College in India

Difference Between Autonomous and Non-Autonomous College?

NIET: 1st Private Institute in UP to Get Autonomous Status by UGC

NIET Greater Noida is the 1st Private Institute in Uttar Pradesh that has received autonomous status by the renowned UGC, New Delhi. Also, the institute is accredited with NAAC.

Highest in UP, the autonomous college has received GRADE “A” with a CGPA of 3.23. NIET is the only institute in UP that is recognized by all 4 Government accreditations. NIET has been ranked amongst the top 50 colleges in India for its innovation by ARIIA, an initiative of the Ministry of Education, Government of India and has also secured a “Diamond” Subject Rating in Engineering and is awarded a “Gold” College Rating by QS I-GAUGE last year.

Focusing on the holistic development of the students, the institute has outlined industry-integrated and job-ready programs for students from various backgrounds. NIET Greater Noida has an authorized Centre for Cambridge English Language Assessment that provides Business English Certificate (BEC), which helps students to achieve proficiency over the English language in overseas countries.

For better goal completion and advancement, NIET has merged with the College of Engineering, Pune, Cambridge English Language Assessment, UI Path Academic Excellence, Automation Anywhere, and SAP Academy. Also, the leading Private Institute in Uttar Pradesh has collaborated with Pyramid Finishing School so that an MBA student can stay ever-ready for the modern world. Here, mentors and career counsellors come up with out-of-the-box innovative solutions that help students to meet the industry demand and supply gap. Therefore, the students are first evaluated on their in-built skills, and accordingly training programs are organized.

So, if you are the one who is interested to build your career in the field of Engineering, Pharmacy, MCA, MBA, and PGDM should definitely consider this autonomous degree college.

Feel free to visit our website or contact our team to solve your queries about the admission procedure.